Situated 214 Km to the North of Melbourne on Murray River’s banks, Echuka has a population of 14,000 people a fact that makes it a good choice for people who need a quiet retirement home. Echuka is one of Murray’s points that are very close to Melbourne – that might be the reason it started as a river port in the early 19th century. Even though it does not have pristine coastline destinations, the vibrant culture and community spirit makes it a great destination for retirees. It has a wider variety of cafes and restaurants.

The Sunshine Coast starts around 100 Kilometres north of Brisbane. It offers some of the most popular tourist destinations like Mooloolaba, Noosa, Coolum, Caloundra, and Maroochydore. The location is a blend of peaceful and quiet locations and is closer to Brisbane – that should sound good for people who would like to make a few trips from time to time to visit their family and friends. Sunshine Coast offers many national parks than the other regions in Queensland and its climate is the most ideal. You might need to click here for retirement villages in Southern Adelaide.

If you would want to live in Tasmania, the Huon Valley, situated near Hobart is a great consideration. The location is widely known for seafood, wine, and natural beauties. If you are capable of getting past the cool climate, the secluded area is a good retirement spot. The area has gorgeous weather and gets around 300 days of sunshine. Moreover, Huon Valley is home to many talented craft makers, artists, and farmers who sell their farm yields at the regular markets.

One of the popular retirement locations in Australia is the Tweeted Heads situated on the border of Queensland and New South Wales. People call it the “the town, which changes time zones”, because of its closeness to the border. When living in the retirement location, you are likely to celebrate each New Year twice – you will just need to cross the street. It is currently the sixth highly populated town in the New South Wales and the age averages at 54 years – that is 17 years above the country’s average. That might be due to the higher density of the retirees who populate the peaceful and beautiful region.

If you would want to live in an agricultural town, Yankalilla (situated around 72 kilometres South of Adelaide) would make a perfect choice. The small town and a home for many retirees are located in a valley carved by Bungala River. Natural vegetation characterizes this location, which experiences a Mediterranean climate, with the low temperatures averaging at 17 degrees. It has a population of 450 people.

We hope that the above locations will provide you with a good starting point when planning to settle after retirement. Each state in Australia has a good location for the retirees.

How to Pull Off the Rustic Wedding Theme

4 Tips for a Smooth Caravanning Experience in Tasmania

What are the Benefits of Having a Will?

What You Need to Know About the Many Uses of Water...

Choosing a vehicle is a hectic and challenging task. It doesn’t matter whether you are buying a 4WD luxury car or a water...

Everything You Need To Know For Your DIY Kitchen R...

Your house is something where you want everything on point. So, when it comes to remodeling any part of it, you need to put great...

Australia is a sovereign country with over 26 million people and also the sixth largest country by area. Variations in the...

Roller Shutters Can Increase The Value Of Your Hom...

People who follow a lifestyle on the practical front constantly look for ways to increase the value of their assets. And nothing...

How to Choose the Best Wall Clock for Your Living ...

Introduction A well-designed interior can transform an ordinary area into one with beauty and a romantic atmosphere. Walls with...

Things To Think About When Adding A Second Story T...

The best alternative for expanding your home‘s area other than buying an extra piece of land is to add a story. Adding a...

Which 4WD Is Best For Mum?

Choosing a perfect 4WD that serves your status as well as your needs is a difficult task. When it comes to 4WD, people like... 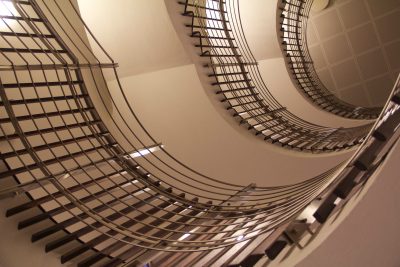 How to Make Stairs Safe For Children 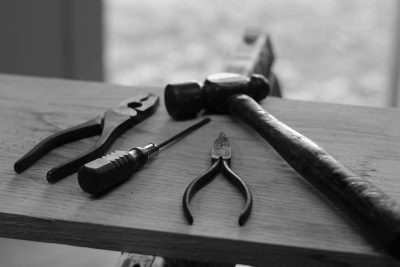 10 Tools Every Home Owner Should Own